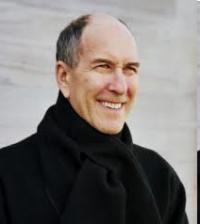 While a teenager designed and built a full-scale Japanese tea house out of scavenged materials.

Awarded an undergraduate fellowship to pursue experiments in photographic process at UCLA. While at school worked as an exhibition installer at the University’s fine arts and ethnographic museums.

In 1969 quit school and co-founded the Los Angeles Fine Arts Squad, a trompe l’oeil mural painting group that executed large-scale outdoor commissions in Los Angeles and Paris.
One of the murals, “Beverly Hills Siddhartha,” covered 500 square meters and took a year to complete.

Tired of painting, applied and admitted to the graduate school of architecture at UCLA.
Received a master’s degree in architecture and urban planning.

From 1972 through 1976 worked as an artist creating bath events, unusual bathing environments, and paper works about bathing—including the fold-out book 17 Beautiful Men Taking a Shower and the silkscreen print “23 Beautiful Women Taking a Bath.”

In 1976 founded WET: THE MAGAZINE OF GOURMET BATHING, one of the premier avant garde publications of the 1970s, based in Venice, California. WET’s contributors included many promising young talents such as Matt Groening, Matthew Ralston, and April Greiman.

Burned out on magazine publishing, shut WET down in late 1981 and began a series of sojourns to Tokyo to work on music videos for Japanese television.

From 1983 through 1986 produced a twice-monthly column titled “Dr. Leonardo’s Guide to Cultural Anthropology” for BRUTUS, a popular Japanese lifestyle magazine.

In 1984 wrote and designed New Fashion Japan, a book about the world of Japanese fashion past and present.
Stimulated by the book-making process, continued to make more books: 283 Useful Ideas from Japan (1988), an illustrated compendium of Japanese product, service, marketing, and communication ideas; Graphic Design Cookbook, Mix & Match Recipes for Faster, Better Layouts (1989), a taxonomy of useful basic graphic design structures and forms; The Haggler’s Handbook (1991), an easy-to-read, easy-to-remember guide to everyday negotiating; Noise Reduction (1992), a simple, generic, how-to meditation guide; How to Take a Japanese Bath (1992), a picture book; and How to Rake Leaves (1993), an illustrated reflection on the evanescence of life.

His seven most recent books—Wabi-Sabi for Artists, Designers, Poets & Philosophers (1994), Undesigning the Bath (1996), Gardens of Gravel and Sand (2000), 13 Books (2001), Arranging Things: A Rhetoric of Object Placement (2003), The Flower Shop: Charm Grace Beauty, Tenderness in a Commercial Context (2005) and Which ˝Aesthetics˝ Do You Mean?: Ten Definitions (2010)—are featured on this website. 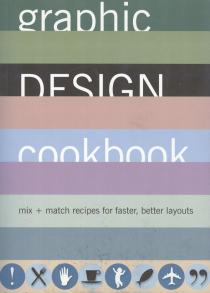