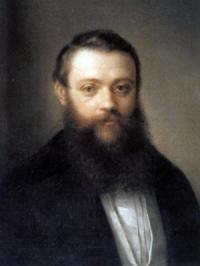 Italian librettist who was Verdi’s life-long friend and collaborator. Like Verdi, Piave was an ardent Italian patriot, and in 1848, during Milan’s ˝Cinque Giornate,˝ when Radetsky’s Austrian troops retreated from the city, Verdi’s letter to Piave in Venice was addressed to ˝Citizen Piave.˝
Piave was born in Murano in the lagoon of Venice, during the brief Napoleonic Kingdom of Italy.
He followed Salvadore Cammarano as Verdi’s main mid-career librettist, writing the librettos for Verdi’s operas Ernani (1844), I due Foscari (1844), Attila (1846), Macbeth (1847), Il Corsaro (1848), Stiffelio (1850), Rigoletto (1851), La traviata (1853) Simon Boccanegra (1857), and La forza del destino (1862).
Piave would have also prepared the libretto for Aida, the commission for which Verdi accepted in 1870, had he not suffered a disabling stroke.
Less memorably, Piave also supplied librettos for Giovanni Pacini, Saverio Mercadante, Federico Ricci, even one for Michael Balfe.
Piave died in Milan in 1876 at age 65 and was interred there in the Cimitero Monumentale. 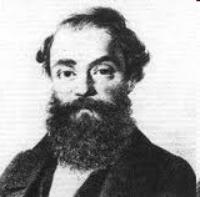 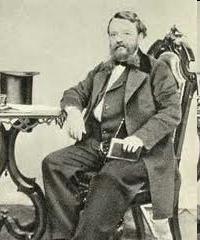 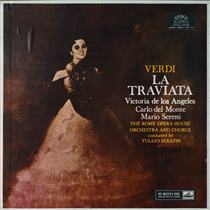