The brutal language of love [stories] 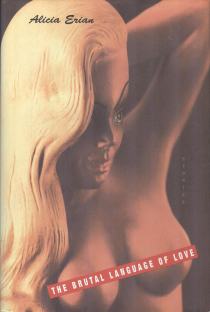 ˝Beatrice told Shipley she would sleep with him, and then she passed out.
When she awoke the next morning, he said he’d gone ahead without her.˝
From the first sentences of these nine stunning stories, Alicia Erian has you firmly in her grasp.
In ˝Alcatraz,˝ we meet a middle-school spelling champion who spends her afternoons taking baths with the boy next door.
In ˝Almonds and Cherries,˝ a young woman turns an unexpectedly arousing bra-shopping experience into a short film, with ramifications for everyone around her.
In ˝Lass,˝ a new wife with a history of bad decisions finds herself powerfully drawn to another man—her father-in-law.
Erian, whose work has appeared in The Iowa Review, Zoetrope, and Nerve, explores that peculiar part of the ps’yche that makes you do something even when you know better.
Casting aside traditional notions of right and wrong, Erian conjures up situations that are at once familiar and unsettling.
Her characters—flawed, brave, disarming, affectionate—inhabit the not-so-very-wide space between a good intention and a bad outcome.
The surprising, provocative, and deeply resonant stories in this double-barreled fiction debut mark the emergence of a major new talent.