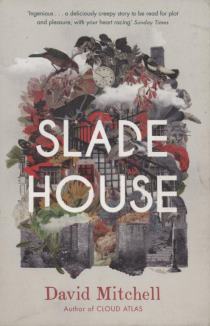 Slade House is the seventh novel by British novelist David Mitchell.
The novel received mixed reviews.[2] Slade House originated as a Twitter story which was then developed into a full novel, and is a companion to The Bone Clocks.[3] Set between the late seventies and the present, the novel explores the mysterious Slade House and a number of characters who are drawn to it.