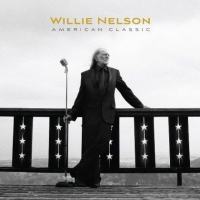 The Nearness Of You

Fly Me To The Moon

If I Had You

I Miss You So

On The Street Where You Live

Since I Fell For You

Alway On My Mind