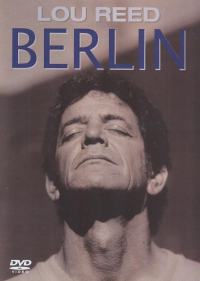 How do you adapt a record once described as ˝the most depressing album of all time˝ into a multi-media stage performance? Rather well, when it comes to Lou Reed’s Berlin. The former Velvet Underground mainstay was already established as a solo artist, buoyed by the hit ˝Walk on the Wild Side,˝ when he released the Berlin recording in 1973. That it was not a commercial success, to say the least, is unsurprising, given its relentlessly grim lyric content and music that, while often very appealing, is hardly the stuff that Top Ten dreams are made of. Still, it made sense when Reed revived the work some 35 years later for a single world tour and concert DVD. Working with film director Julian Schnabel (The Diving Bell and the Butterfly), Reed brings a quiet power to his weary tale of hopeless junkies Caroline and Jim, whose lives, already bound for the gutter when the performance begins, completely bottom out little over an hour later (the 81-minute DVD includes a few encores, notably the Velvet Underground classic ˝Sweet Jane˝). The songs, played by a standard rock band but with subtle touches of horns, strings, and choir (Antony Hegarty of Antony and the Johnsons adds vocals as well), are for the most part strikingly prosaic; Reed has never been much of a singer, and his words are anything but flowery, closer to prose than verse (many lines, like ˝All of her friends call her Alaska when she takes speed,˝ are more spoken than sung). Schnabel does a superb job matching the downbeat mood, relying primarily on the use of low, filtered lighting and film (in which Caroline is portrayed by Emmanuelle Seigner). Not for everyone, certainly, but Berlin is a work to be admired. --Sam Graham